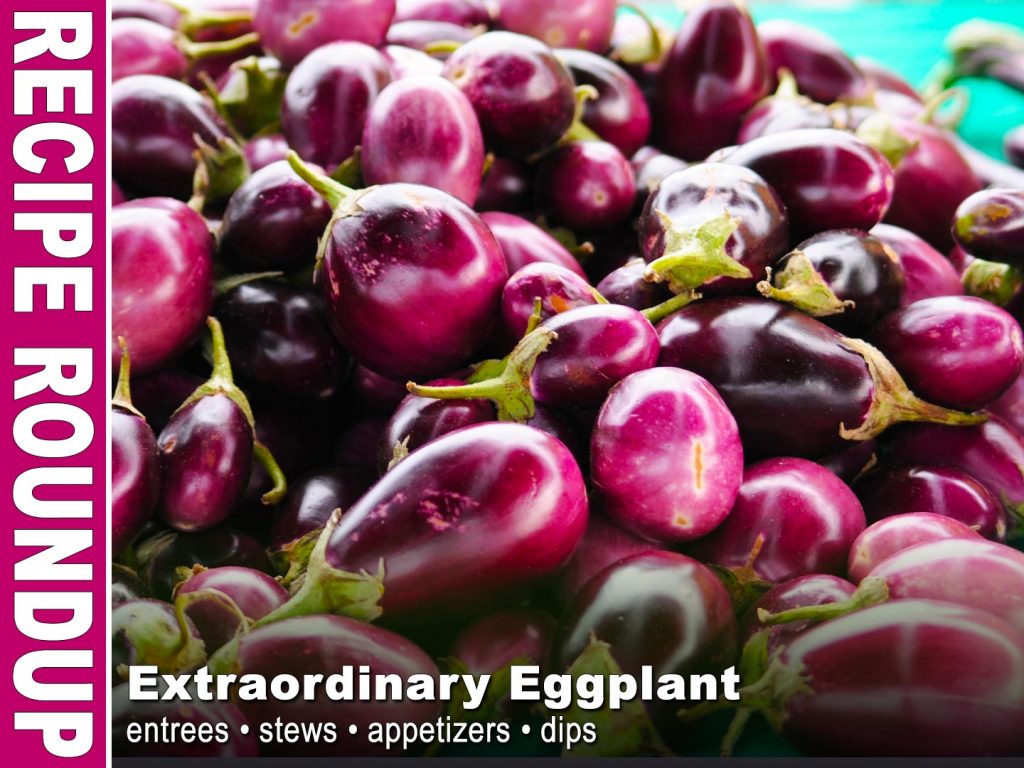 Ever wonder about the eggplant in your favorite recipes? It’s in the nightshade family, a relative of tomatoes, peppers, and even potatoes. Most believe it came from India and has been a prized crop since then, in China too, for over 1,500 years.

Once the routes of trade came about, the lovely purple eggplant made its way to Europe and Africa. It eventually came to the New World thanks to the Spaniards, finding a place in the land as well in the bellies of the people by the early 1800s.

According to one of the earliest written references of eggplant, a 5th century book from China, the eggplant was used to make a black dye that would help polish teeth to a shine. China also had a non-negotiable requirement for women in the olden days. To get married, a woman needed to have no less than 12 eggplant recipes in her realm of knowledge before she married.

Even more fascinating, the extraordinary eggplant, a popular staple in Italian cuisine, was once believed to cause insanity in the 13th century. Today though, people tend to go crazy for the nutritional benefits of eggplant, not to mention the taste. You can catch up on more history and background of the eggplant with The Master Gardener Journal.

Fun fact: Did you know eggplant is botanically considered a berry?

And yes, being a berry means eggplant is incredibly good for you!

For every cup of raw eggplant you use, it only has 20 calories and 2 grams of net carbs. It’s rich in vitamins and minerals, including plenty of antioxidants that keep free radicals from destroying your health and wellness. And according to studies, it could be helpful in reducing risk for heart disease, controlling blood sugar levels, and fighting cancer. Healthline can tell you more about the wonderful benefits eggplant has for you!

Eggplant tastes fantastic and can be used in so many recipes. You can bake it, grill it, roast it, sauté it, or even puree it into a dip. Since it’s so low in calories, you won’t feel guilty about filling up on it.

Check out our extraordinary eggplant recipes here on Clean Food Cafe to get new ideas on how to transform this botanical berry into a culinary delight in your kitchen!